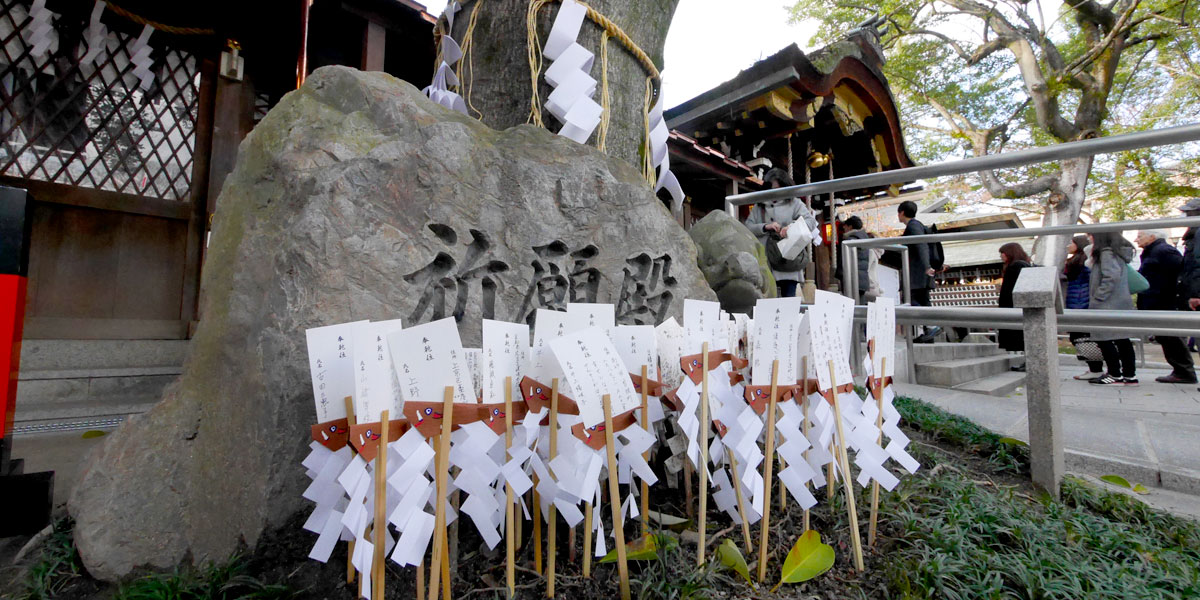 Goou Jinja Shrine is located kitty corner to Hamaguri-Gomon gate of Kyoto Gyoen National Garden. It is also called "Wild Boar Shrine", famous for a miraculous power of healing sore feet/legs and lower back. You can see statues of wild boars enshrined in the precinct. On every 21st of the month, the shrine holds a festival called "Ashikoshi-Matsuri" (= Foot/Lower Back Festival) from 3:00pm, when many local people visit to pray for being good in walking. The main figures of worship of the shrine are Wake-no-Kiyomaro (733 - 799) and his elder sister Wake-no-Hiromushi. Kiyomaro was a bureaucrat who played an important role in the capital relocation project from Nagaokakyo (old capital) to Heiankyo (current Kyoto). His sister Hiromushi is well-known for her charitable work which helped raising a number of orphans. So, she has been deified as "God of Child Raising" and there are many visitors who are involved in child nursing and social welfare.

The size of the shrine is medium - not too big, not too small. It is perfect for stopping briefly on the way to or from Kyoto Gyoen National Garden which is HUGE.

Wake-no-Kiyomaro - a bureaucrat with stormy life

Transition of this shrine

If you are tired after walking a lot, I suggest that you take a break at "Cafe Arbois" in Heian Hotel, about 5 min. walk to the north from Goou Jinja Shrine. It is a nice little cafe overlooking a beautiful Japanese garden in the hotel. They offer a variety of sweets with coffee or tea. 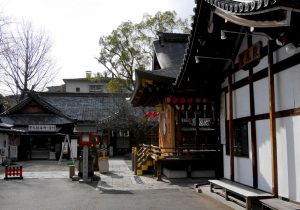 Precinct of Goou Jinja Shrine. Not so big (and not too small). 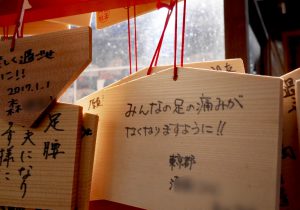 Votive tablets dedicated to the shrine. Many of them have to do with prayers' feet and lower backs. 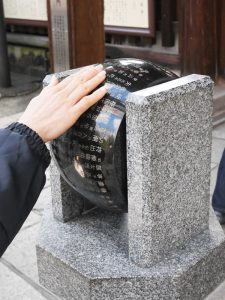 "Osendo Guruma" Granite wheel. Turning it with hand is said to be beneficial similar to addressing lengthy ritual incantation to the deity. 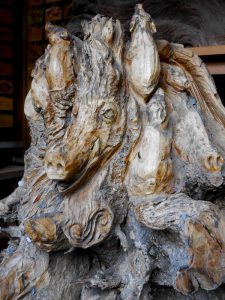 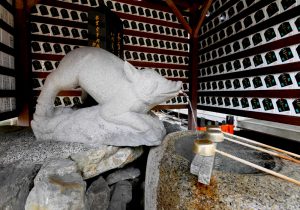 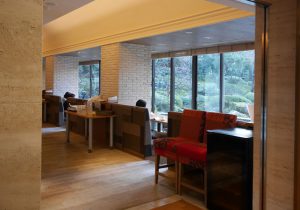 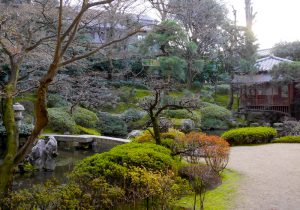