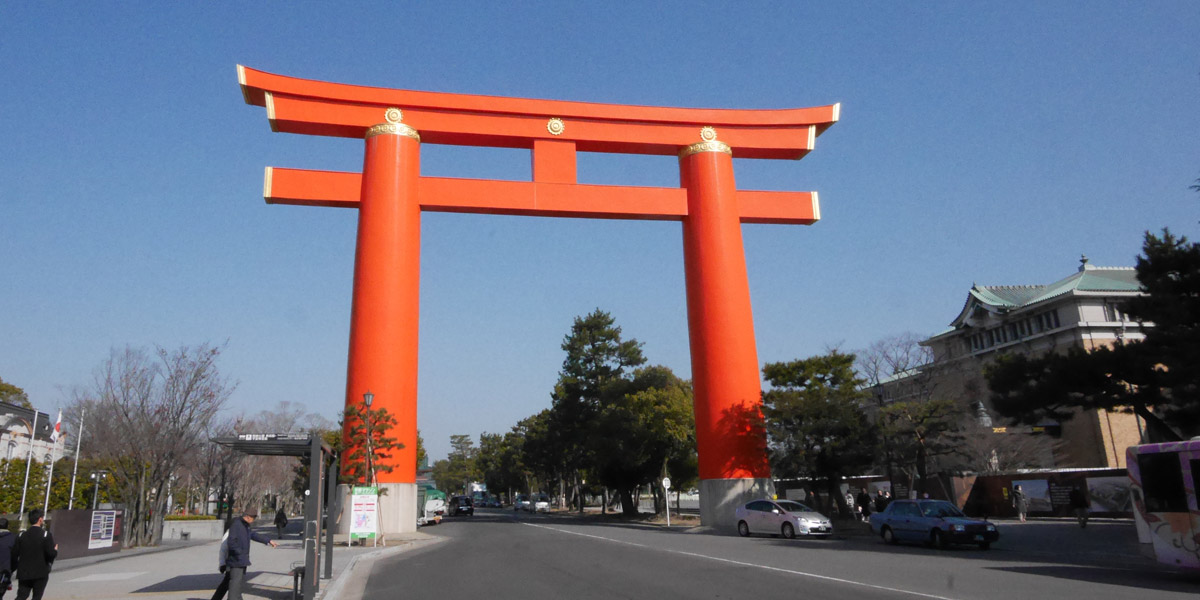 The Biggest Torii Gate in Kyoto

"Oo-Torii Gate" of Heian Jingu Shrine is a landmark of Kyoto. It is a huge gate, 79 ft tall x 59 ft wide, standing approx. 1,000 ft away from the entrance of the shrine. I am always excited to walk by this vermillion color painted gate towards the shrine. I really like the broad area surrounding the shrine - beautiful building of Kyoto Municipal Museum of Art, National Museum of Modern Art of Kyoto and Kyoto Prefectural Library - all of these are within the same area. Japanese confectionery store, some cafes and restaurants are there, too. The area is called Okazaki, newly redeveloped area as a "Cultural Zone", contrasting very well with the authentic residential/commercial zones in Kyoto.

Heian Jingu Shrine was constructed in 1895, replicating the original Imperial Palace in 5/8 scale, as a part of the project commemorating 1100th anniversary of the relocation of the capital to Heian-kyo (current Kyoto) from Nagaoka-kyo. The capital relocation took place in 794, and since then Kyoto had enjoyed the pride as the capital of Japan. But soon after Meiji Restoration (1867 - 1877), the capital was moved to Tokyo and the status of Kyoto began to decline. So, people in Kyoto stood up and worked together to revitalize the city taking the opportunity of the 1100th anniversary of the last capital relocation.

There are two deities in the shrine. First deity enshrined is Emperor Kanmu who moved the capital to Heian-kyo in 794. Later in 1940, Emperor Komei was added as the second deity - he was the last Emperor in Kyoto before the capital was moved to Tokyo.

The shrine has a huge precinct, with adjacent beautiful Japanese garden "Shin-en" (= Garden of God) which also has a ground of 8+ acres. Shin-en is a traditional style Japanese garden representing natural landscapes with mountains and oceans, designed by a Japanese gardener Jihei Ogawa. It took him 20 years to complete the garden. The garden consists of four sections (East Garden, West Garden, South Garden and Central Garden) and each of the section has its own characters. When you visit Heian Jingu Shrine, I suggest that you walk into Shin-en garden (admission = Yen 600) which will take you to a different world.

"Omikuji" fortune slips tied to branches of a tree in the precinct, wishing for happy encounters, longevity, etc.

The shrine is especially well-known as a matchmaker. After WWII, Shinto-sytle marriage at Heian Jingu Shrine became a big boom in Japan and many couples got married there. So, people believe the shrine has a mystic power helping couples succeed in marrying.

In addition to the principal deities (Emperor Kanmu & Emperor Komei), four mythological animals appearing in the Chinese constellations are enshrined. They are imaginary guardian animals protecting Kyoto from evils.

Based upon the Chinese mythology, following shrines were built to guard the city of Kyoto where the Imperial Palace was (still is) located;

Visiting all these four shrines plus Heian Jingu Shrine is called "Five Shrine Pilgrimage". Those who do this round tour expect full miraculous benefits from the powerful deities.

"Jidai Matsuri" Festival - One of the Three Major Festivals of Kyoto

On the 22nd of October, there is an annual event held by Heian Jingu Shrine, called "Jidai Matsuri" festival. It is a street parade starting from Kyoto Gosho (Kyoto Imperial Garden) and ending at Heian Jingu Shrine, with more than 2,000 performers wearing traditional costumes of each era of Japan. I think it is more like a picture scroll moving from old to new. What is interesting is that all the costumes and ornaments worn by the performers were made strictly following the traditional methods. Jidai Matsuri is one of the three major festivals in Kyoto. 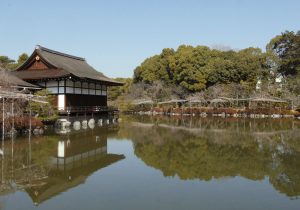 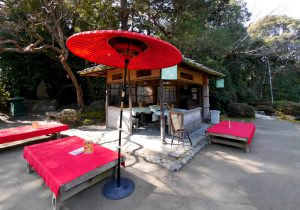 Japanese cafe in the garden. Nice spot to take a break. 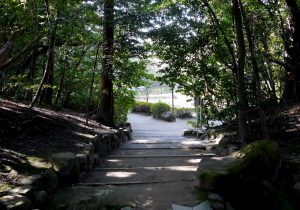 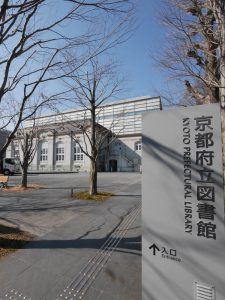 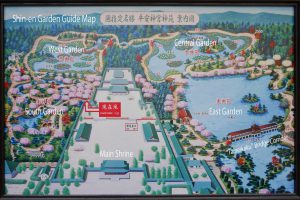