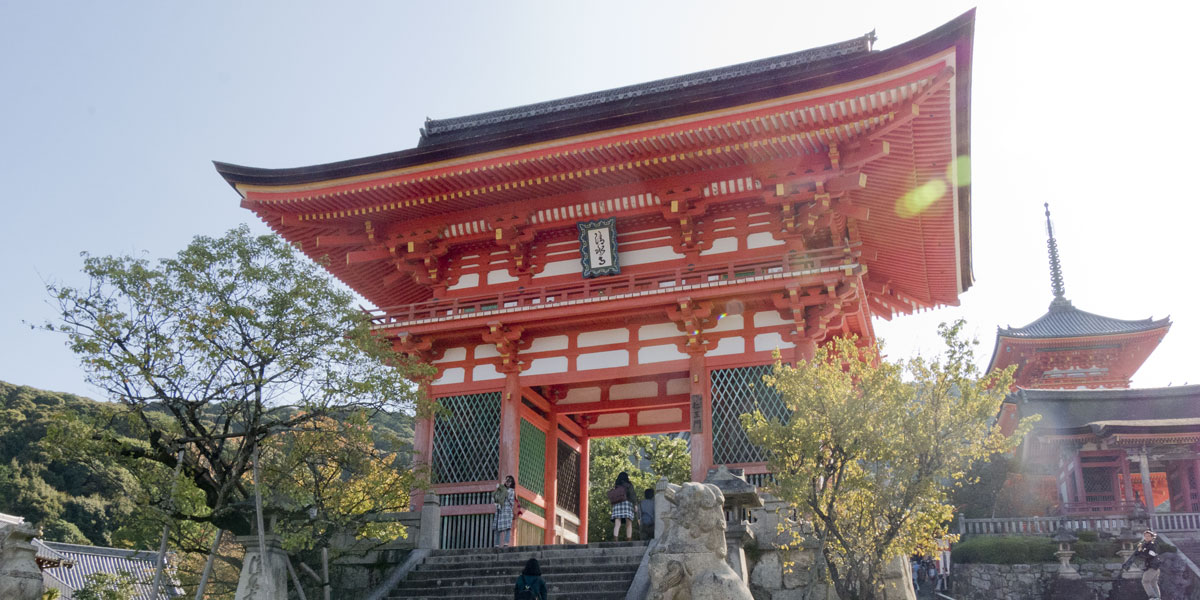 One of the Top 5 Sightseeing Spots in Kyoto Kiyomizu-dera Temple is one of the major sightseeing spots in Kyoto. Precinct of the temple is really huge (32 acres) and there are lots of inner temples and cultural properties there. Kiyomizu-dera Temple is in the foot of Otowa Mountain which rises in between Kyoto and Shiga Prefecture, and the view from the observation deck (= known as "Kiyomizu-no-Butai") in front of the main temple is gorgeous, overlooking city of Kyoto. Also, the uphill streets approaching to the temple are very pretty and along the streets there are a number of souvenir shops, restaurants and cafes.

Kiyomizu-dera Temple was originally founded in 778 (late Nara Period) as a temple granting wishes for good health, successful career, wealth, etc. In the main temple, enshrined is the statue of eleven-faced Kannon Bodhisattva with thousand arms as the main figure of worship of the temple. It is not exposed to the public except for a short period of time once every 33 years based upon a legend that Kannon Bodhisattva transfigures itself 33 times to relieve all the sufferings of the people. Next exposure to the public will be most likely 2033. So for now, just stand in front of the main temple and pray for something in mind.

”Kiyomizu” means "Sacred Water", and the water falling from "Otowa-no-Taki Waterfall" in the temple is in fact considered a sacred mineral water purified through the rocks of Otowa Mountain. People stop at Otowa-no-Taki Waterfall to drink the sacred water for miraculous efficacy such as longevity and healthier life.

Of the things of interest in the temple, there are a couple of spots you might want to stop at. One of them is "Jishu-Jinja" Shrine, which used to be a part of Kiyomizu-dera Temple but in 1868 it was separated as an independent shrine following the ordinance to distinguish Shinto and Buddhism. It is said to have a strong match-making power, so there are lots of singles visiting the shrine to wish for happy encounters. Also, Kiyomizu-dera Temple has another match-maker which is "Zuigudo" Hall, one of the subordinate temples. Visiting these two spots would twice the chance, maybe...

Walking up to the Temple and back from there One of the two main streets taking visitors to the temple is Gojo Zaka St. which begins from the crossing of Gojo St. and Higashioji St. The other one is Matsubara St. which crosses Higashioji St. up in the north. Both streets join together near Sannen Zaka Path and the joined street name is Kiyomizu Zaka St. In addition, there is a fork in Gojo Zaka St. and the branched street on the right is called Chawan Zaka St. which also takes us to Kiyomizu-dera Temple. I love this Chawan Zaka St. which introduces history of Kiyomizu Ware (ceramics and potteries). It has more than 400 years of history and there used to be a number of kilns in the area where Chawan Zaka St. currently runs. "Chawan" means "Ceramic Rice Bowl", one of the typical Kiyomizu Ware products. The street was named after it. On the way back from Kiyomizu-dera Temple, I suggest that you take Sannen Zaka Path and walk to the north. You will then reach Ninen Zaka Path which takes you all the way to Kodai-ji Temple and Yasaka Jinja Shrine area where there are lots of places to see such as Ishibei Koji Lane (stone moated old town), Nene-no-Michi Road, etc.

Go there Early in the Morning

Since Kiyomizu-dera Temple is a super popular place to visit, there are always huge number of tourists in the temple and in the streets nearby. You do not want to go there late in the morning and early in the afternoon - it is PACKED with tourists and you cannot even walk in the crowds. I often see a huge line of people waiting for their turns to pray at the main temple and also for a sip of sacred water at Otowa-no-Taki Waterfall. I would strongly suggest that you go there very early in the morning (the temple is open at 6:00am) when most of the people are still in bed or eating breakfast. 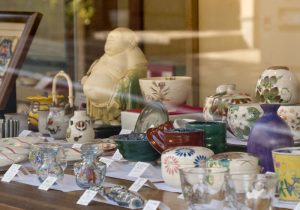 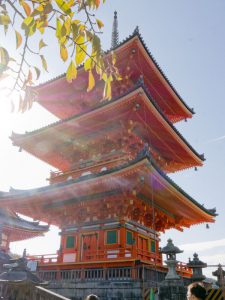 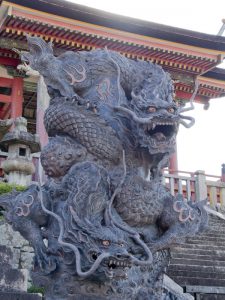 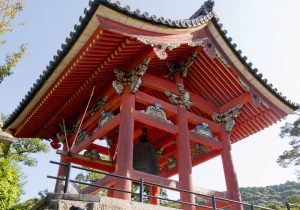 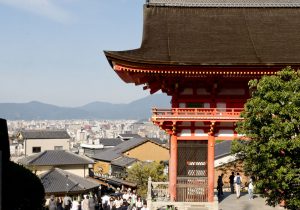 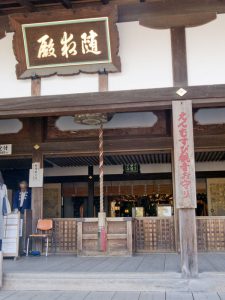 Zuigudo Hall, having spiritual power of match-making and easy delivery 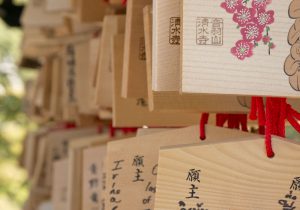 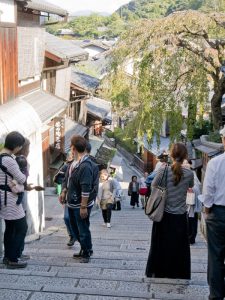