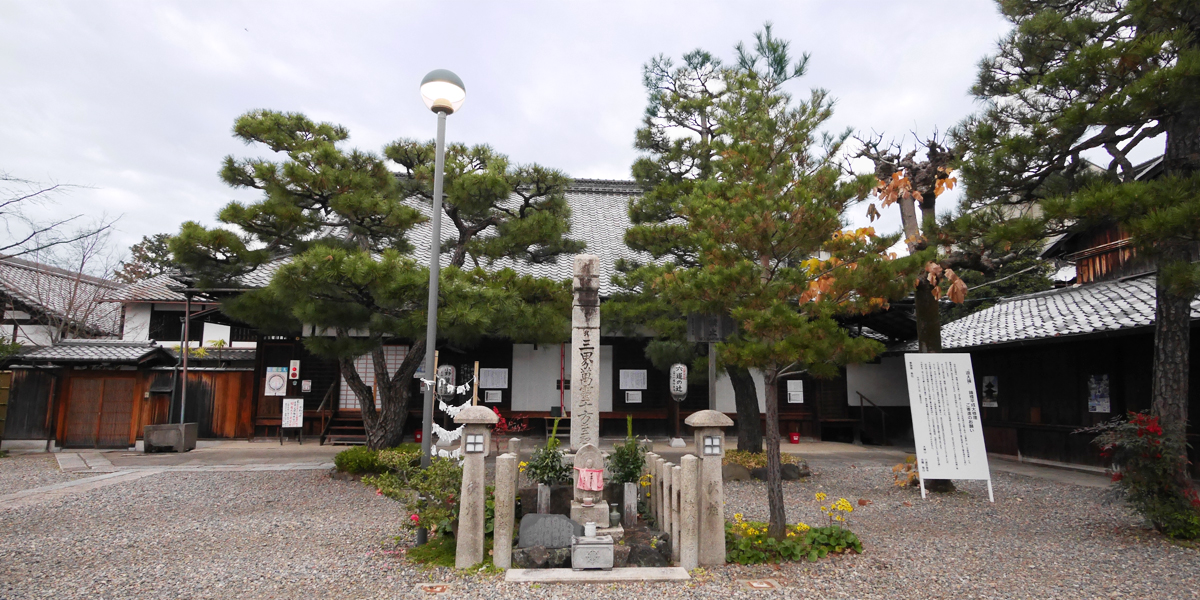 A Temple standing at the Edge of This World Stone monument in front of the temple, indicating it is the entrance to Hades.

This is a very interesting temple. It is not quite fancy, but this temple has a unique and mysterious legend - there is a well which is said to be the entrance to the world of the dead ! The area around the temple is called "Rokudo-no-Tsuj" corner, and used to be the edge of one of the open-air burials in Kyoto in Heian Period (794 - 1185), called "Toribeno" centered by Kiyomizu-dera Temple. In Heian Period, people would carry dead bodies out to the surrounding areas and abandoned the bodies - very few people could afford firewood to cremate bodies then. They believed that Rokudo-no-Tsuji corner was a boundary between the actual world and the world of the dead.

Mysterious Well - a Passage to Hades Really old well - entrance to the other world.

The well is in the backyard of the temple. Ono no Takamura (802 - 852) who was a bureaucrat (and poet & scholar) in Heian Period had a supernatural ability to go back and forth between the two worlds through the well. In the day time, he worked as an imperial councilor in the actual world, and in after hours he went down to the other world to work as one of the jurors in the court of Yama (Judge of Underworld), helping Yama make the last judgement to each dead. In Buddhism, there are six paths to different realms; It is believed that all living beings are born into one of the these six realms and after their deaths, they are reborn into the other (or the same) realms depending upon their doings in their previous lives. Yama is the one who makes the judgements.

You cannot come close to the well - it is not usually open to the public. But there is a deck with viewing window on the right hand side of the main hall, from where you can see the well at the end of the backyard. In 2011, another well was found further back (we cannot see it from the deck, though). That was where Ono no Takamura came back to the actual world in the morning after his night-time shift. "Mukae-Gane" - A Bell to get the Souls back Home

This temple is not very crowded, so I suggest that you visit there on the way back from nearby highly popular spots such as Kiyomizu-dera Temple or Kodai-ji Temple. But during "Obon" holiday period (= Japanese Lantern Festival period) in August, this temple gets really busy with the visitors ringing the bell to get the souls of ancestors back home temporarily. Name of the bell is "Mukae-Gane" (sacred bell to invite departed souls).

Old Candy Store near the Temple "Minatoya" Candy Shop near the temple.

BTW, there is a very old sugar candy store, "Minatoya", near the temple. They sell sugar candy called "Ghost - Child Raising Candy". It is just an old fashioned sugar candy, but has a bloodcurdling and yet heart-warming story. One night in 1599, a young woman knocked on the door of the candy store and said she wanted to buy a cup of starch syrup. Although it was after the business hours, the owner of the candy shop sold the starch syrup to the pitiful looking woman. She paid 3 One-Mon coins for the starch syrup. The next morning, the owner found 3 fallen leaves in the cash box. At night of the same day, the woman came back again to buy another cup of starch syrup. She paid 3 One-Mon coins - they turned fallen leaves in the next morning. Same thing happened over and over, and in the end the owner became sick in bed. People who heard about it were suspicious of the woman and they followed her without being noticed. Surprisingly she walked into the graveyard in Toribeno and vanished there. They were so surprised that they told about their experience to the head priest of a temple. They were told by the priest that a pregnant woman died 10 days ago and buried in Toribeno. After hearing it, they went back to the graveyard - they found a body of the woman with a baby crying beside it licking starch syrup. So, the pregnant woman died with her baby still alive, and the baby was born from the dead mother in the graveyard. It was the ghost of the mother who came to buy the starch syrup every night for the baby. The baby was raised by the priest at the temple, and became a Buddhist priest years later. I think this is a very nice story. Stop by the candy store on the way to or on the way back from Rokudo Chinno-Ji Temple to buy some candies. It will be a good souvenir. The candy store has been in the place for more than 450 years. One of the oldest stores in Kyoto. 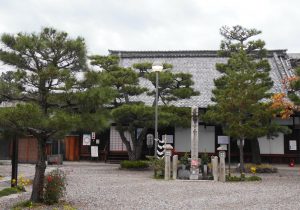 Quiet precinct of the temple. It gets super crowded during "Obon" festival period in August. 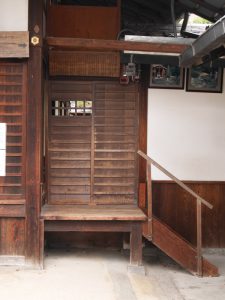 Wooden deck with a small view window. You can see the mysterious well through this view window. 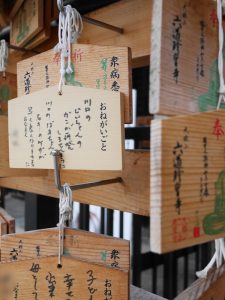 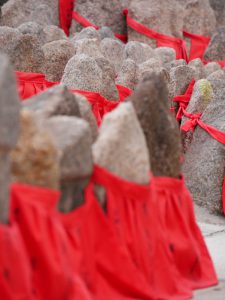