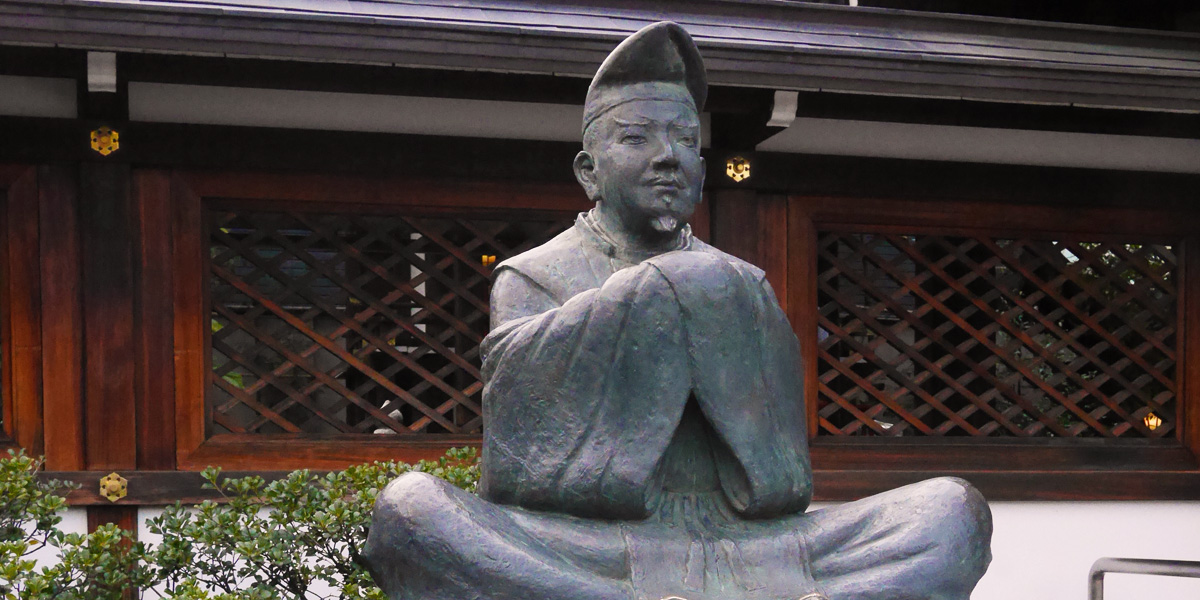 Type: Shrine
Area: Kamigyo Ward (Kamigyo-ku)
Call: 075-441-6460
URL: http://www.seimeijinja.jp/
Address: 806 Seimeicho, Kamigyo-ku Kyoto-shi, Kyoto
Business Hours: 09:00 - 18:00
Closed on: Open Daily
Disable Friendly: Yes, but no wheelchair accessible restrooms are available.
Parking: Not available in the shrine. There is a metered parking right on the south side of the shrine. This shrine is dedicated to Abe-no-Seimei (920 - 1005) who was a great master of "Onmyodo". Onmyodo is known as a Japanese esoteric cosmology, which is based on Chinese Yin Yang and Wu Xing (Five Elements) principles introduced into Japan in 6th century. It evolved uniquely in Japan and became a practical method of divination in 7th century under control of Imperial Court. As being the master of Onmyodo, Abe-no-Seimei established a method to deal with issues using the principles of Onmyodo. He was also an astrologer, capable of predicting astrological events like what Mayan astrologists did. Abe-no-Seimei lived so long that he served 6 successive Emperors, contributing to the Imperial Court. In recognition of his contribution, Emperor Ichijo (the last Emperor whom Abe-no-Seimei served) constructed Seimei Jinja Shrine in the ground where the residence of Abe-no-Seimei stood. Originally, the shrine precinct was huge, but some buildings were burnt down during Onin Civil War (1467 - 1477), and the remaining buildings had been abandoned for many years. In 1950, however, the shrine and the precinct were beautifully renovated by the local worshipers of Abe-no-Seimei, as movies and TV dramas began featuring Abe-no-Seimei. Nowadays Abe-no-Seimei is one of the legendary heros among young people.

Warding off Harm and Evil...

With his magical power, Abe-no-Seimei lived much longer (he died at the age of 85) than those who lived in the same era, and he was free from major illness. I guess you will get the similar power once you visit the shrine, by which you can keep all kinds of harm and evil away from you. "Seimei-i" Well. See the Pentagram on top of the stone cap.

There is a well in the precinct near the entrance. On top of the well, there is a pentagonal-shaped stone cap with carved pentagram which is the emblem of Seimei Jinja Shrine - people call the pentagram "Seimei Star". The water of the well is drawn from one of the star points of the pentagram. According to the legend, the water heals pain and cures disease, so many of the people who live nearby come to the shrine with plastic bottles and bring the water back with them. The water is a natural spring water. The star point where the water comes out is repositioned at the beginning of the year to point the luckiest direction of the year. There is a bronze statue of big peach in front of the main shrine. Once you rub the peach gently with your hands, you will be purified with the mystical power of Abe-no-Seimei.

Seimei Jinja is a nice shrine to visit. It is not very crowded, not too big, and it is clean. Also, there is a major benefit of visiting there --- getting the spiritual power of Abe-no-Seimei.