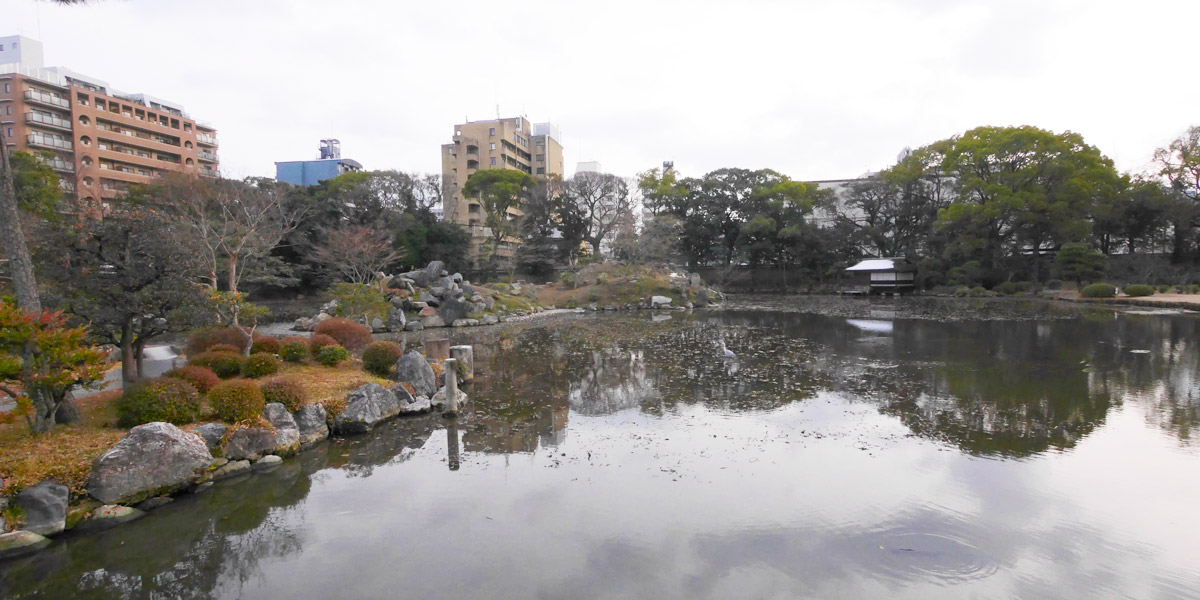 This beautiful Japanese garden is a hidden gem in Kyoto. It is an enclave of Higashi-Honganji Temple. Many people know about Higashi-Honganji Temple - because it is so popular - and they visit there, but majority of them do not even know the temple has a huge detached garden (about 380,000 square feet). Once you walk in the garden, you would feel you are in another world - like an Oasis in the dessert. When I visited there for the first time, I could not believe there was such a huge and well-maintained garden so close to JR Kyoto Station. In spring and autumn, this garden can be a bit crowded with visitors, but it can never be overwhelmingly packed. If you are visiting Higashi-Honganji Temple, I suggest that you also visit this garden since it is only about 1/3 mile away.

The garden is an authentic promenade style garden with a pond in its center and walking paths around. It has been said that the garden was designed by "Jozan Ishikawa" (1583 - 1672), a famous calligrapher and a poet, who also designed "Shisen-do" Temple in north of Kyoto (a very popular sightseeing spot). There are many things to see in the garden - two beautiful ponds (one large, and one tiny), Buddhist altar, reception halls, tea houses, bridges, bridge corridor, contemporary (?) designed stone wall, etc. The garden can be divided into two major zones;

Here are some of my favorite things to see in the garden. Rinch-tei Reception Hall & Tekisui-ken Reception Hall: These two reception halls are adjacent to each other with a small pond in between. I really like the small hill behind the pond - I guess the pond and the hill were intended for expressing a landscape of somewhere in China.

Onrin-do Hall: This is a building standing in middle of the West Zone, a part of the cluster of buildings. This hall serves as the main hall with statue of Buddha. Boka-kaku Pavillion: This is a uniquely designed building, which looks more like a tower gate with roofed upper floor and steep stairways on both sides of the building. I have never been to the upper floor (it is not usually open to the public), but I guess the upper floor of this building is perfect for viewing the Cherry blossoms in spring season. The name "Boka" means "by the side of flowers". Ingetsu-chi Pond: A large pond taking up almost entire southeast area of the garden. Perfect for walking around along the paths. There are many "must-stop" scenic spots in the paths. Each spot has its own character and the unique view over the pond. I especially like "Kaito-ro" bridge corridor located at the far end of the East Zone, next to Shukuen-tei Tea House. I love the view towards the bridge corridor from the other side of the pond, and the view from the bridge corridor overlooking the pond as well. There is another bridge "Shinsetsu-kyo", connecting to the large island in the pond (Kita-Oshima Island), which is an arched wooden bridge with rustic and fragile looking. It looks really charming when it is covered with snow. Tea Houses: There are four Tea Houses in the garden. Tairitsu-seki Tea House stands in center of the north end, from where the large pond cannot be seen. In center of West Zone, next to Onrin-do Hall, two-storied "Ro-an" Tea House stands. On the southwest bank of Ingetsu-chi Pond, "Sochin-kyo" Tea House is located, overlooking the pond. Lastly, "Shukuen-tei" Tea House is on the hill of Kita-Oshima Island. Each of them has unique characters which defer from those of the others. Taka-Ishigaki (High Stone Wall): When entering the garden from the west gate, you will see a very interesting stone wall, built up with all the different types of stones - it looks like a modern abstract art of stones, as if it were designed by Picasso.

In Meiji Period, a part of the villa began to be used as a guest house for VIP's who were visiting Kyoto, including Emperor Meiji, court-nobles from Tokyo, Russian consul-general in Japan, etc.

In 1936, Shosei-en was designated as one of the National Scenic Spots of Japan. 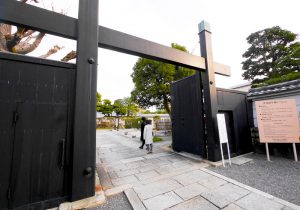 Main Entrance of the garden 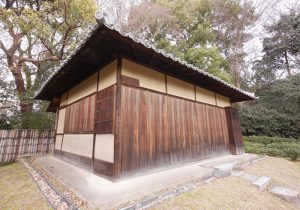 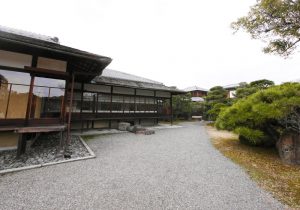 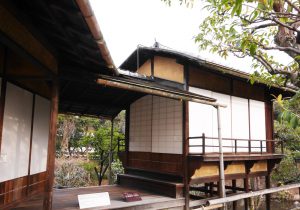 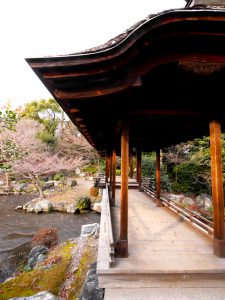 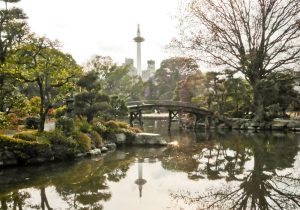