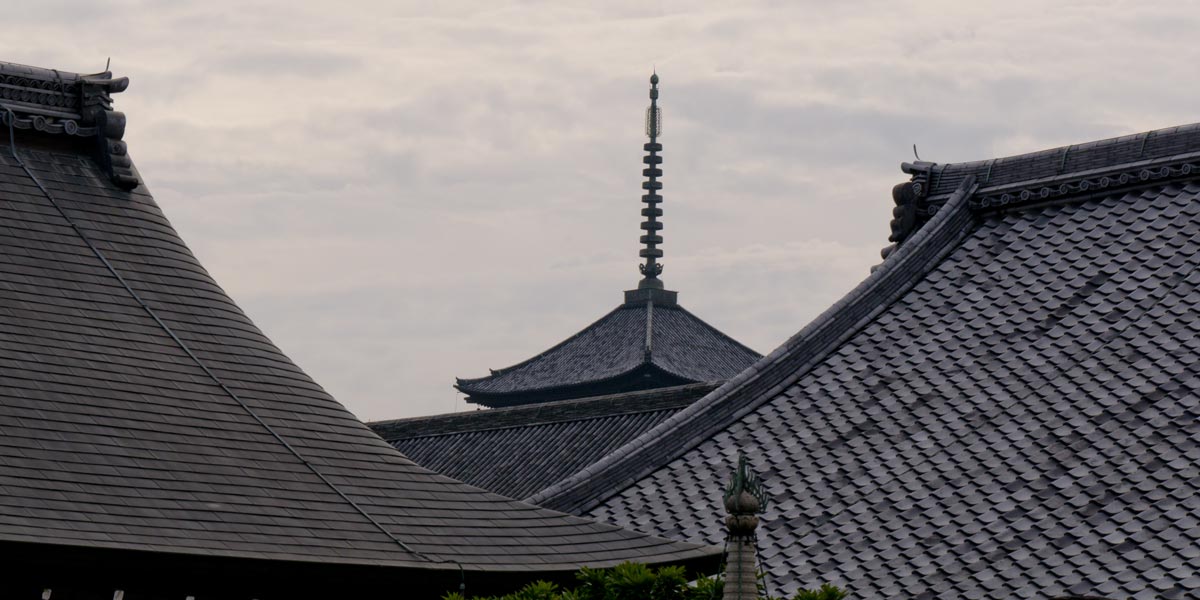 Toji Temple is one of my most favorite temples in Kyoto. It has a lot of things to see inside, it is very old and it has a beautiful 5-story pagoda. And on top of those, it is not as crowded as the other popular spots such as Kiyomizu-dera Temple, Kinkaku-ji Temple (= Golden Pavilion), etc. Just 15 min. walk from JR Kyoto station. Really conveniently located.

One of the Oldest Temples in Kyoto Toji Temple was originally built in 796 and it was one of the three temples officially certified by the Imperial Court at the time. The other two temples (Seiji Temple and Shingon-in Temple) no longer exist, so Toji Temple is the only one which has survived since then. After serving as a guardian temple for Heiankyo (= old Kyoto), Toji Temple was bestowed to Kobo Daishi (founder of Shingon Esoteric Buddhism) by the Emperor and he started using the temple as the central training facility for his sect.

The 5-story pagoda of Toji is the tallest pagoda in Japan. It was originally built in 826 by Kobo Daishi, but was burnt 4 times, struck by lightning. So, the one we see now is the 5th generation (restored in 1644). Building such a tall multistory pagoda required enormous labor and all the monks in the temple worked really hard in restoring the pagoda every time it was burnt. I like this pagoda, and when I stand quietly in front of it, I can feel energy devoted by those who were assigned to restore the pagoda over and over.

Other two major elements in the temple are Kondo Hall (= Golden Hall) and Kodo Hall (= Lecture Hall). Kondo Hall is considered the main building where Yakushi Nyorai (Buddha who cures all the diseases) statue sits. Kodo Hall served as the training center of Shingon Esoteric Buddhism. Inside Kodo, Dainichi Nyorai (Vairocana) statue sits in middle of the hall surrounded by statues of various legendary guardian deities. In the northwest area (admission free zone), there is a building called Mieido Hall, which was the residential quarter of Kobo Daishi. In front of Mieido Hall, there are some statues including turtle-look statue with heavy stone monument standing on top of it. It is a Chinese legendary animal called "Hiiki" which was born from a dragon - it really looks like a turtle, but it has ears. Hiiki has a power to cure illness, so people who are sick go visit the statue to rub it with their hands with wishes to get well soon. 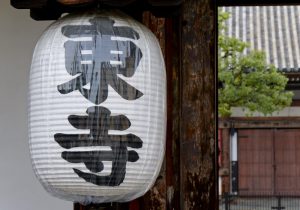 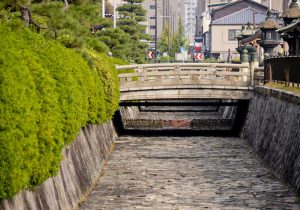 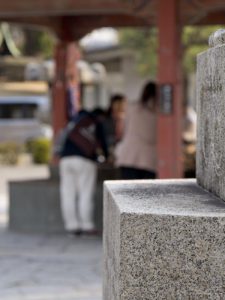 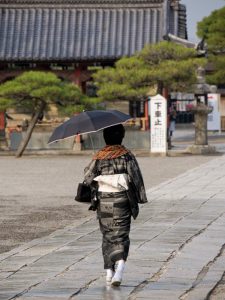 Kimono woman walking through the temple 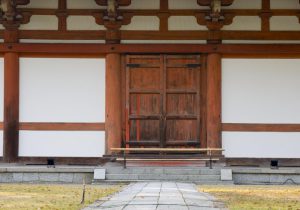 Dining Room for the monks 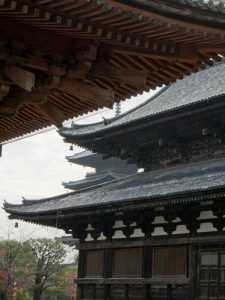