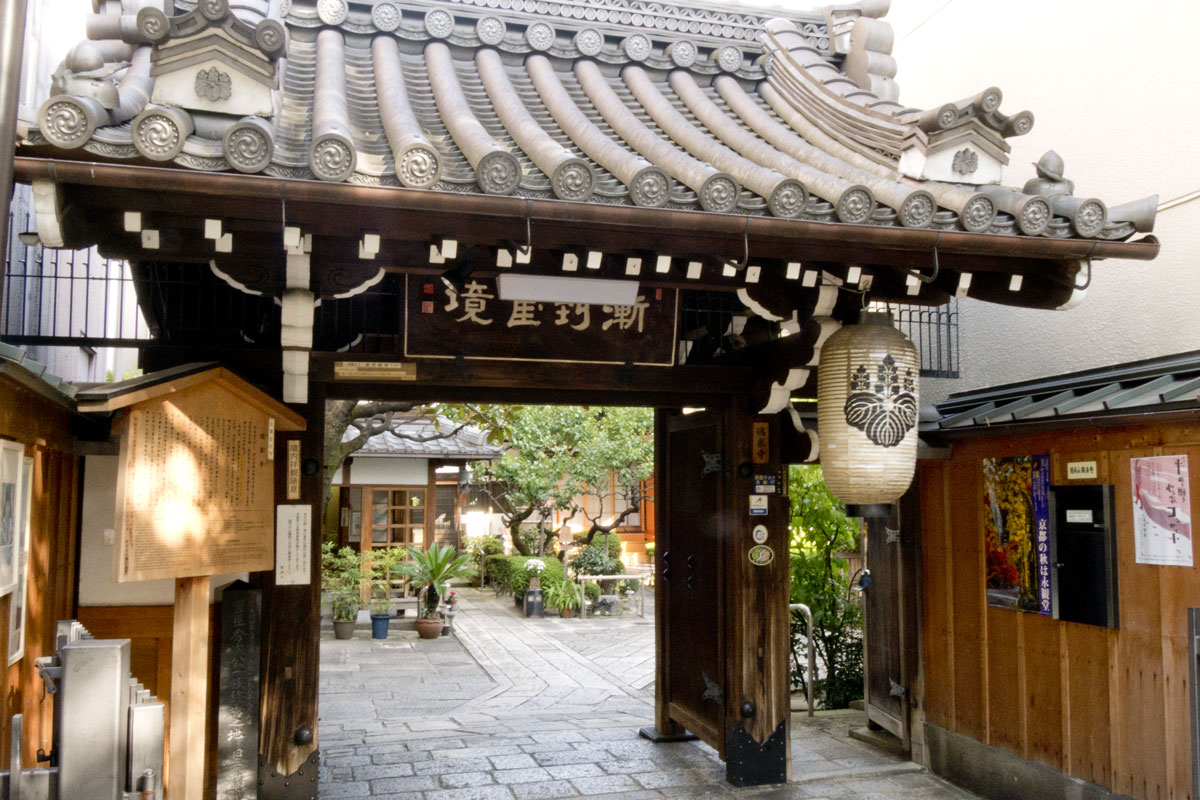 Witness of a Sad History

History of Zuisenji Temple is really tragic and can depress those who visit there. Enshrined in the temple are Hidetsugu Toyotomi (imperial regent) and his family who died sad deaths.

In late Azuchi-Momoyama Period (1568 - 1600), Hideyoshi Toyotomi was the ruler of Japan. He had an absolute power ruling entire Japan, but he was not blessed with children which had made him feel uneasy about his succession issue. As he was getting older without sons of his own (he once had a son, but he died young), Hideyoshi eventually decided to appoint his nephew, Hidetsugu Toyotomi, to his successor. With that, everything seemed to be going fine. But after a while, Hideyoshi unexpectedly had a child who was named "Hideyori". Tragic history started from there.

Hideyoshi began alienating Hidetsugu as Hideyori grew up healthy, and that changed his mind about his succession - he thought it would make more sense to place his own son as his successor rather than his nephew. Hideyoshi then incriminated Hidetsugu on a false charge of plotting a rebellion. Because of that, Hidetsugu was forced to perform "Seppuku" (killing himself by stubbing short sword to his belly). Hidetsugu died on July 15th, 1595 and his severed head was displayed to the public in the sandbank of Sanjo River (now a part of Kamo River) with the false accusation of treason. The real tragedy followed after that. Hidetsugu had his wife, children and as many as 30 concubines. All of them were taken to the sandbank where the severed head of Hidetsugu was displayed, and they were all executed one after another. Bodies of 39 innocent family members of Hidetsugu were thrown into a large hole made in the sandbank and a burial mound was built there with a stone cist with Hidetsugu's head placed on top.

Burial mound built on the buried bodies, topped with the cist of Hidetsugu's severed head

Praiseworthy Conduct by a Successful Merchant

Sanjo River at the time was causing floods from time to time, and the burial mound went into ruin over the years. But 16 years after the tragic event, one of the successful merchants, Ryoi Suminokura, who undertook the river redevelopment project around the area found the ruined burial mound. Since he had felt a deep sorrow for what happened there, he decided to build a temple for repose of the souls of the victims, right in the place where the execution took place and he named it Zuisenji Temple - "Zuisen-" is a part of posthumous Buddhist name of Hidetsugu. "Koma - Hime" who was executed without actually seeing Hidetsugu

Hidetsugu was only 28 years old when he was forced to kill himself and the other victims included small children and young women. Many of the concubines were daughters of powerful feudal lords of various districts in Japan who were loyal to Hideyoshi, but many of them who unexpectedly encountered the tragic ends of their daughters lost trusts in him and began taking the side of Ieyasu Tokugawa (Toyotomi family's rival), resulting in the fall of Toyotomi family later in the history. One of the young women who was executed, Koma-Hime, was a daughter of a feudal lord of Yamagata. She traveled to Kyoto all the way from the north to serve Hidetsugu, but by the time she arrived Kyoto, he was already dead. She had not even met Hidetsugu once, but she was considered a part of his family and no mercy was granted to her. She was only 15 years old... Small Temple in a Bustling Area

The temple is located near the crossing of Sanjo St. and Kiyamachi St., a bustling area facing Takase River. In the temple, you can see the stone cist which Hidetsugu's severed head would be enclosed. Also, there is a wooden statue of Jizo Bosatsu (Jizo Bodhisattva) which was standing in the sandbank of Sanjo River by the victims when the monk recited requiem as each one of them was executed.

I did not know much about this temple, but one of my friends in Kyoto happened to be a Buddhist parishioner supporting the temple (he has his family tomb in the temple), so I became a bit familiar with the history behind the temple. 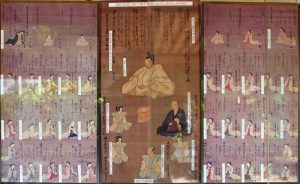 Hidetsugu, his advisers, wife and children and his concubines

Hidetsugu's severed head displayed to the public in the riverbank, with his family members facing him before being executed 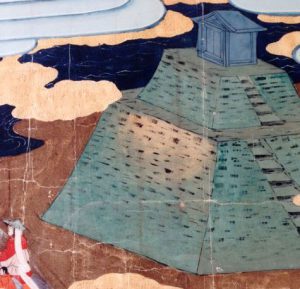 Burial mound built on the bodies of those who were executed 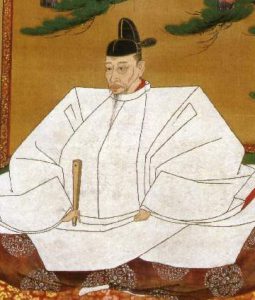 Hideyoshi Toyotomi, who drove Hidetsugu to kill himself 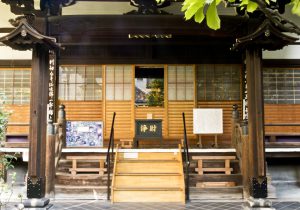 Main Hall of the temple, standing right on top of where the burial mound used to be